Photos kindly provided by Chis Hawkins, the editor of the Railways magazine.

We might recall those black and white days as lacking all the traffic sign clutter we are used to now, when it seems that if a gap should appear then by some Highway Department logic, it must be filled by a sign. Yet we certainly made up for  it with signs for everything else.

Take glorious Bridge 153 east of Chelmsford station on the main line to Hatfield Peverel, in 1956. No double yellow lines, no height/width restriction notices; instead every inch is plastered with adverts for long-vanished icons of the age, Lockheed brakes for instance.

Everyone worked on their own cars/ motor bikes remember, back then, and changed their own brakes - when's the last time you were concerned about the actual brand of a component used in your car? 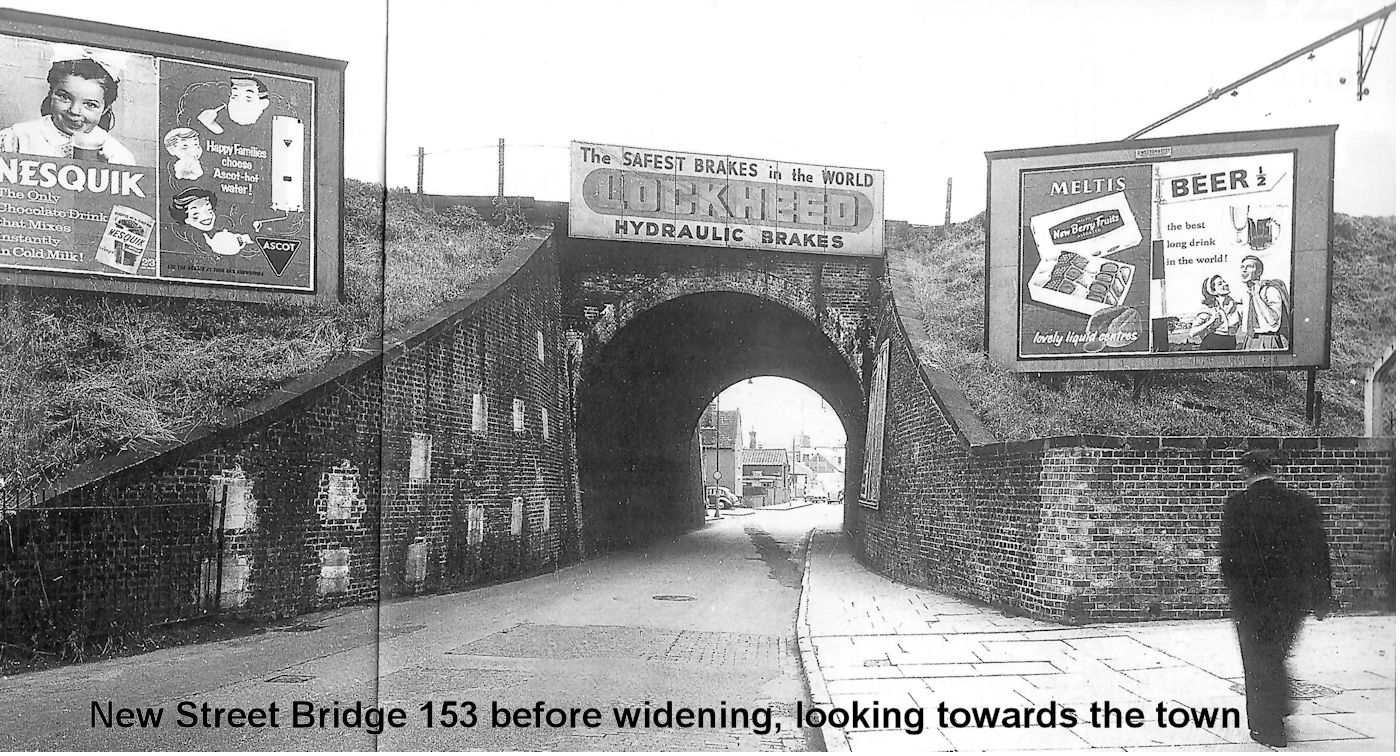 Photo taken from New Street looking towards the town.

Nesquik, launched in 1948, is still with us in some form though back then it was almost ubiquitous and again the Ascot water heater has its descendants too.

Beer was advertised generically back then, by the Beer Barons though BEER 1/2, THE BEST LONG DRINK IN THE WORLD sounds a trifle contradictory.

The photo of the bridge taken from New Street is looking south under the GE main line running east-west above, left to right, with the station off to the right.

Opposite the Marconi works we had the extensive Chelmsford Goods Yard, long since gone. 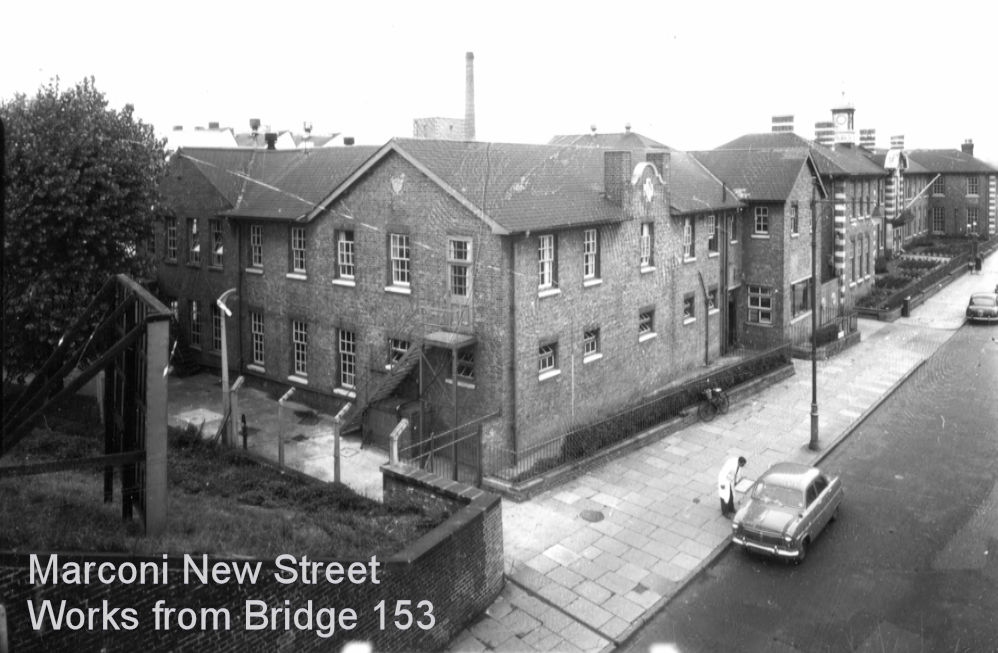 Like nature and a vacuum, traffic management understandably enough abhors a bridge like this and they are now an endangered species. This one long ago was modernised out of existence.

The nearest Marconi works block has now gone but the Marconi main building with the clock tower and flagpole, is still there, but now apparently head office for a cosmetics firm.

Click here to read the article showing the bridge being demolished.