September 18th – the day of the Reunion started with a bright sunny morning; a good omen? And it was. The day continued to be bright and sunny, which added to the occasion in the pleasant surroundings of Pontlands Park.

The turnout was remarkable considering the disruption (and confusion) generated by the pandemic. 108 Guests and Members were seated in a well ventilated marquee, with its own bar.

Members started arriving shortly before 11 a.m. and were welcomed by Management Committee members handing out £3.00 drinks vouchers. This was due to a generous and anonymous donation towards the drinks bill for the 2020 Reunion.

Shortly before the Luncheon, the Committee members gathered for the annual photo shoot. 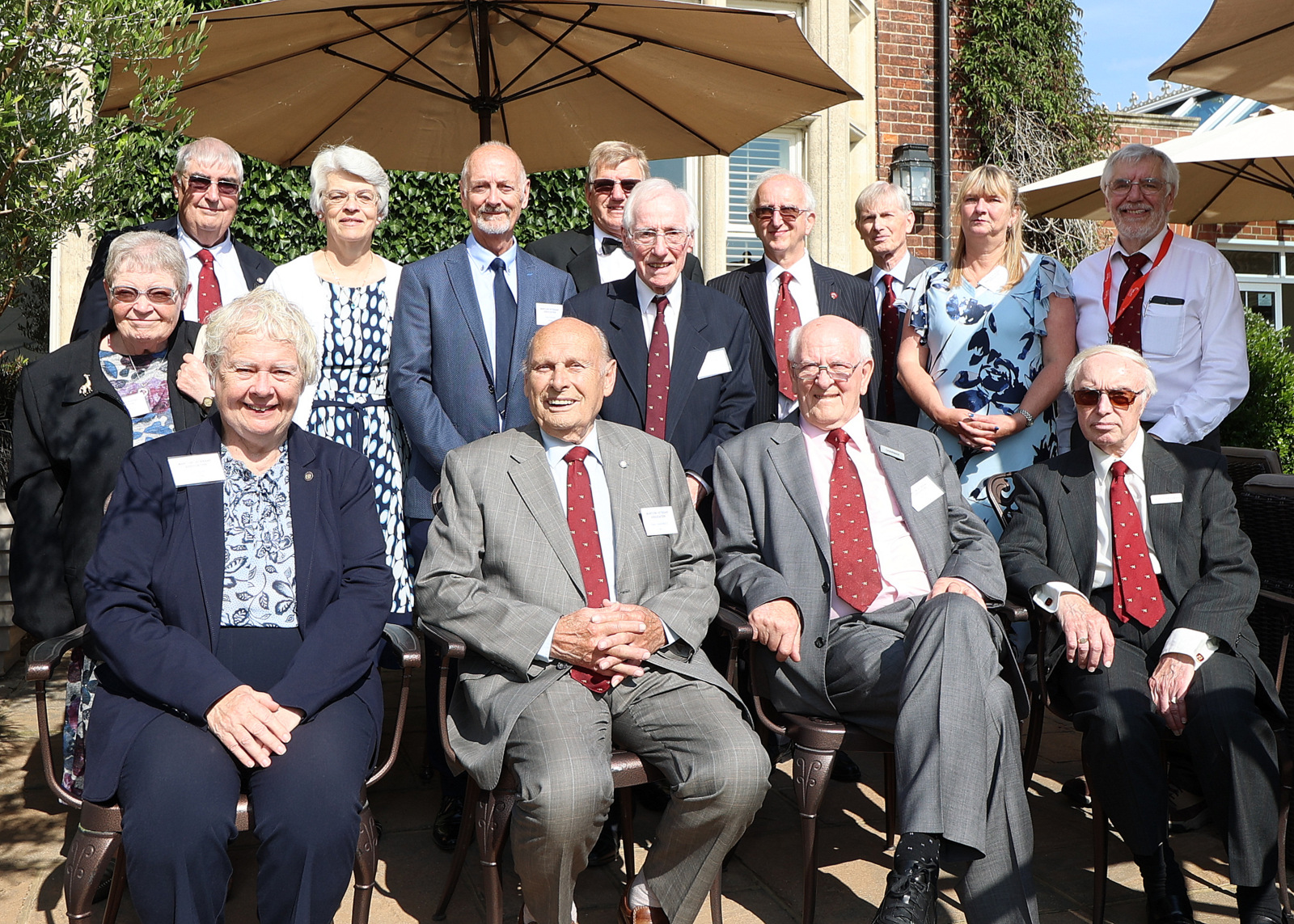 The Members then took their places for the meal and the Master of Ceremonies David Frost, introduced the Top Table.

Before the luncheon, Veteran Brian Izzard requested a one minute silence in honour of our former colleagues and families who suffered loss and our founder, the late Marchese Guglielmo Marconi   GCVO, LLD, DSc.

The surprise of the afternoon came when during the Chairman’s introductory speech, Peter Turrall entered the marquee and Brian revealed that Peter had been asked by the Management Committee to be Patron to the MVA. An event that was clearly popular.

The luncheon was well received by all and the service experienced was, dare I say, excellent.

The new surroundings, the dishes the luncheon and the excellent service were well received. Nobody appeared concerned by having to pay for their own drinks and although the queue for the bar was sometimes lengthy, everybody appeared to be in good spirits

Following the luncheon our Vice-chairman Eric Peachey, proposed the Loyal Toast. This was followed by Valerie Cleare presenting news of and messages from absent Veterans. 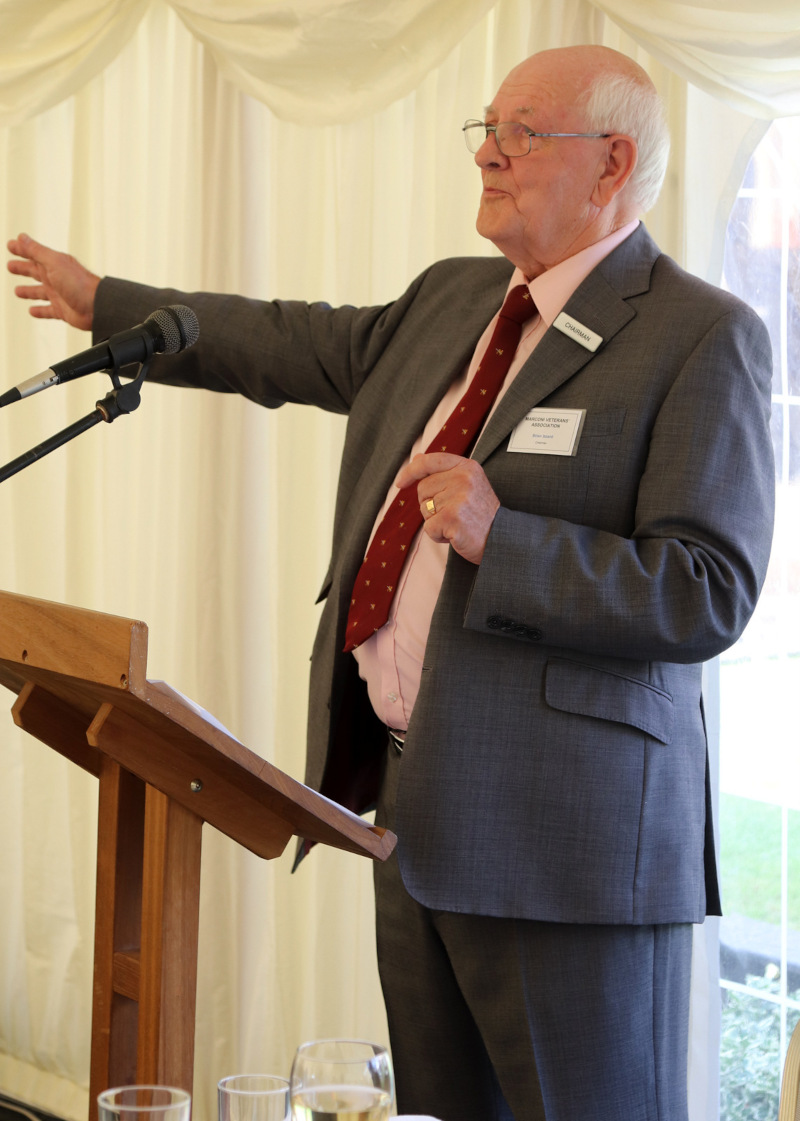 Unfortunately Veronica Reed our President for 2021 was unable to attend due to personal reasons. However she had kindly sent in a speech , which is in this newsletter.

In a change, due to the lockdown in 2020 there was a slight change inasmuch as Barry Powell the President for 2020 gave the speech he would have given had the 2020 Reunion not been cancelled. 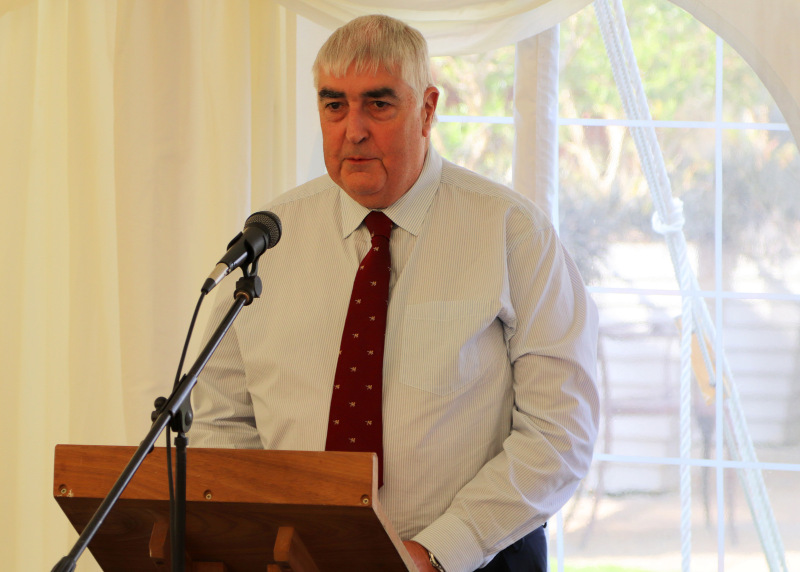 Our Honoured Guest Speaker for 2021 was also due to give a speech at the 2020 Reunion.

Professor Lew Schnurr would have been known to some of those present and he would have tutored them in their apprentice days at Marconi. Indeed this was how Barry first met Lew. 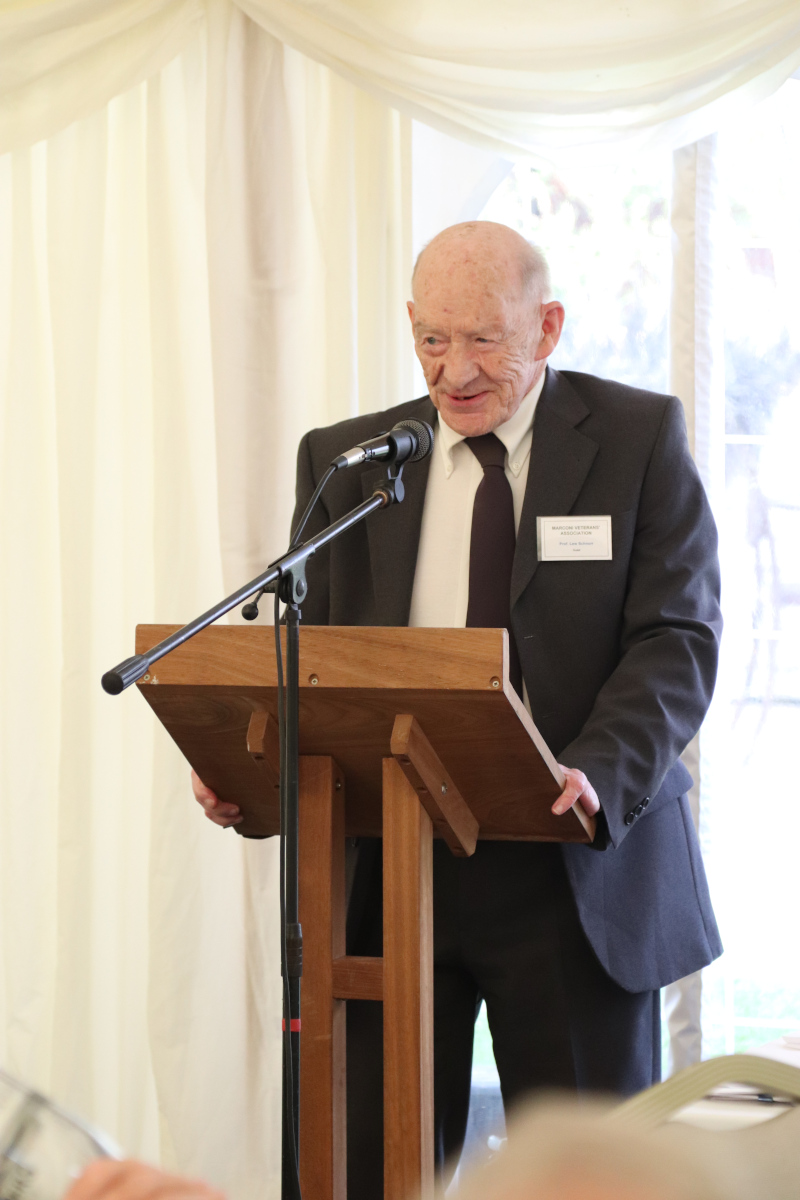 Lew ended his speech with a poignant poem, which obviously had a personal meaning for Lew.

The Speeches were followed by the excitement of the annual raffle, which along with the regular prizes also included matching sets of table mats and coasters for 2020 and 2021 – the table mats were a larger version of the coasters. (If you would like a set of table mats, please contact the Secretary for further details).

The AGM this year was unusual due to the special resolutions that were proposed, namely: 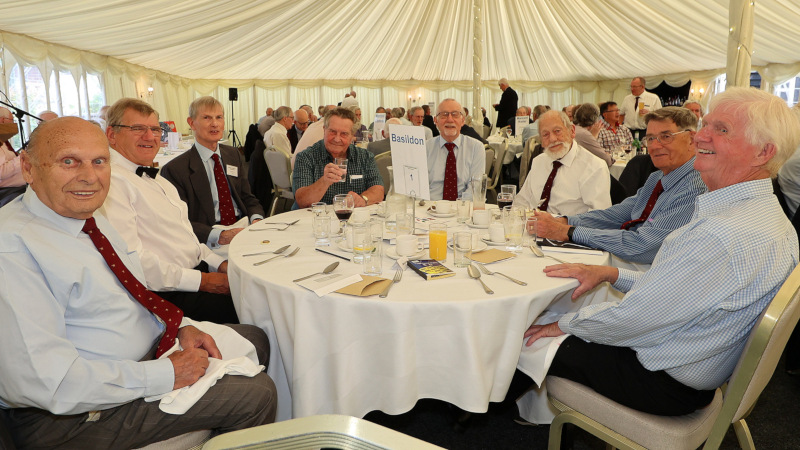 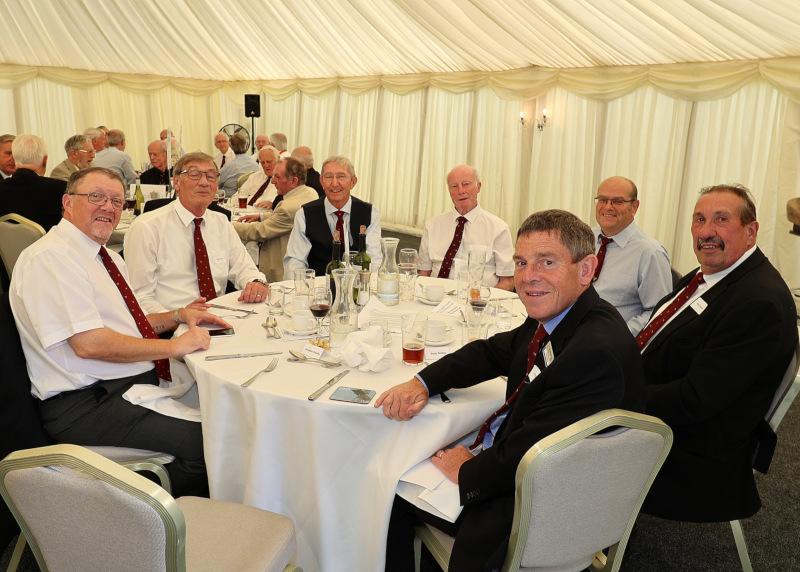