P01: How Marconi formed the BBC and its legacy to Chelmsford 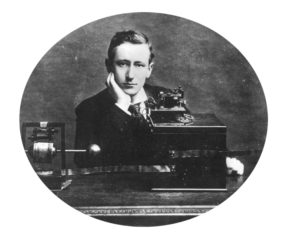 One hundred and twenty years ago in Chelmsford, Guglielmo Marconi established the world’s first wireless factory. From a small unit just outside the city

centre around thirty employees manufactured products which eventually were sold worldwide, establishing communications in the widest sense to assist shipping and contacts by wireless communication, thus opening up a system where day-to-day contacts were possible.
Chelmsford became a centre of attention for many countries who wished to take advantage of this new means of communication having only previously had sthe telephone for this purpose. It was not long before Marconi’s Wireless and Telegraph Company found larger premises near the centre of Chelmsford and eventually over a period of one hundred years employed many thousands of people.

Chelmsford should be proud that an Italian, who became an absolute academic engineering genius, set up the largest wireless company in the world giving large scale employment to citizens in and around the city of Chelmsford

In 1920 the company’s Wireless Station known as 2LO, based in London with all equipment manufactured in Chelmsford, was taken over by the British Government to form the United Kingdom’s first broadcast organisation known as British Broadcasting Company and later renamed British Broadcasting Corporation. Not only all the Marconi equipment but also the Marconi staff of Station 2LO came under the direction of the new organisation affectionately known as the BBC.

Chelmsford City Council has failed to recognise the asset this city has. The statue of Guglielmo Marconi, erected a few years ago and sponsored by a number of organisations including the City Council, is hidden behind the bus station – an insult to this great man.
Coming into the City of Chelmsford, there are signs at every point of entry stating ‘Chelmsford the Birthplace of Radio’. Many times the City Council has been advised that the word ‘Radio’ should read ‘Wireless’ as Marconi named his organisation Marconi’s Wireless and Telegraph Company. Marconi in Chelmsford did not make radios as the signs suggest.

In giving recognition and respect to one of the world’s great engineers, Chelmsford City Council should re-erect the statue in the centre of Chelmsford in Half Moon Square and amend all entry signs accordingly.