Plans to demolish hotel where Marconi set up a wireless station.

Controversial plans have been submitted to demolish The Haven Hotel at Poole Harbour, Dorset, where Guglielmo Marconi set up a Wireless station in 1898.
The station operated from 1898 until 1926, transmitting across the channel to France.

This 141 year old historic hotel still has a Marconi lounge.

The developer wants to demolish the hotel and build a £250m block of 119 luxury flats on the site. The Bournemouth, Christchurch and Poole Council will decide on the planning application. 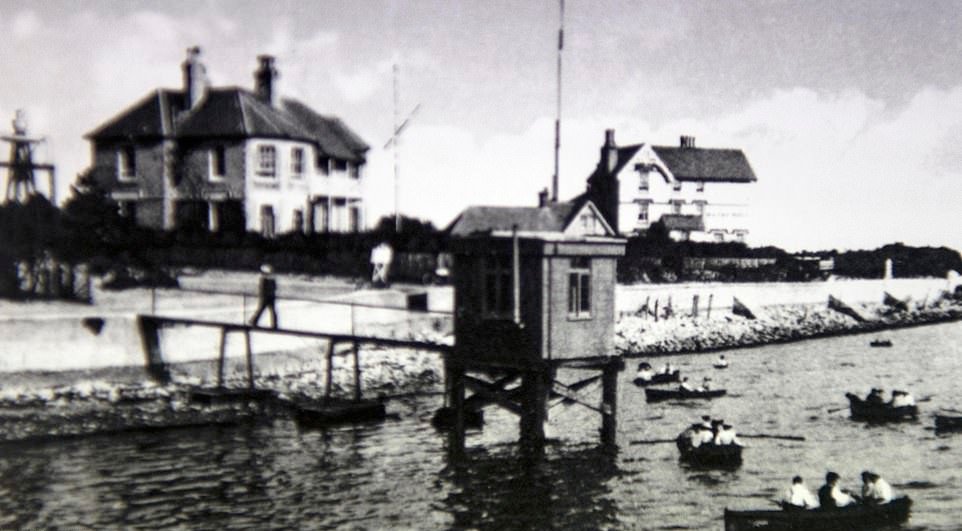 The Marconi mast in the early 1900's, The Haven Hotel is on the right.

Well over 3,000 letters of objection to the plans have been lodged by residents of the local Sandbanks area.

The MVA have now also lodged an objection:-

On behalf of our 3870 Veterans, who are former employees of the various Marconi companies, the Marconi Veterans Association wishes to lodge an objection to this planning application.

The Haven Hotel was home to Guglielmo Marconi and the site of many of his early experiments in the development of Wireless. As such it remains a valuable and historic building that gives Poole a position as one of the foundations of the worldwide communications and broadcasting industries. We believe that it should not be lost to the nation or to future generations. 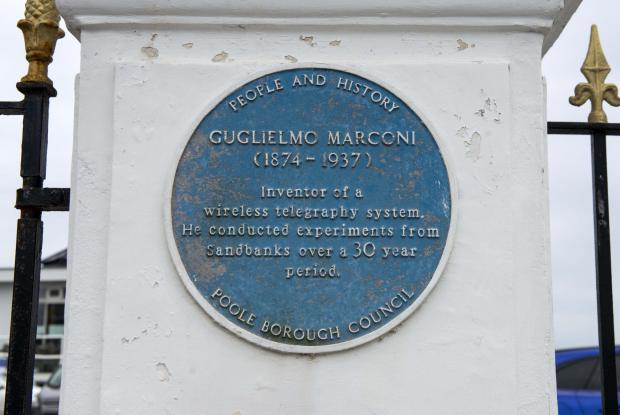 The blue plaque outside the Haven Hotel.